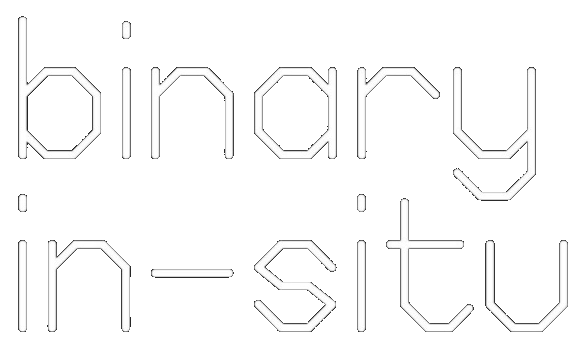 In the Post-Pandemic Art World, an effective exhibition sings a harmonious binary melody – a visual dialogue between art objects and the spaces they occupy. The object and the space, are the two ultimate components for artists to create.

In the Ice Age, it was the scribbling on the cave walls contouring animal and human; in the Renaissance it was the lapis lazuli set in lime plaster depicting pagan gods dancing around the arches, or the battlefields between two republicans on the ceiling.

Today digital tools are applied to site-specific art. What has shifted? Fundamentally, not much, an exhibition space is a field with temporary artworks in-situ. Artists integrate artworks into (non)urban architectural situations, offer the best-suited artworks for the place, creating new artistic icons, with either physical sensation or encrypted excitement.

Martin Wühler believes that his art practice is a process of in-situ object-making. Whether a piece of video work, a 3-D printed installation, or a physical site meticulously staged by found objects, Martin swims comfortably in the binary system and sees no limit to the digital realm. He is particularly sensitive to the fact that once a piece is created, it is bound to echo with its context. In this ambience, an artwork speaks ever more critically to both the artist and his viewers.

Martin states that digital production and distribution have inevitably enhanced every aspect of artistic practice today, however, the simulation of all characteristics of a medium is actually the most instrumental method for him to blur the boundary between the digital and the analog, thus, an alternative space is formed.